As a Head Crisis Writer for the Australian Crisis Simulation Summit (ACSS), my key role has been to guide and shape the creation of the Maritime Crisis Simulation. Accordingly, one of my key responsibilities has been world-building to ensure that our scenario is detailed, refined, realistic and engaging.

The initial brainstorming for the maritime scenario allowed us to pick a general narrative for the simulation. This narrative was developed in consultation with academics and stakeholders to ensure it was plausible. Within this process, we outlined how the simulation would evolve across several stages, given that simulations during the ACSS run for several hours. However, these stages required fleshing out so they could move from a narrative to a proper scenario. To achieve this, the maritime simulation team focused on three key questions:

To answer the first question, we considered the various players involved in real historical crises, from government agencies with responsibilities in the national security space to private citizens, non-governmental organisations, and international bodies. This allowed us to create 10 ‘teams’ that our delegates would be grouped into. While many teams were obvious choices, as they had been identified within our narrative planning, we drilled even further into the specific jobs individuals would play. The positions we created included corporate CEOs, government ministers, departmental secretaries and lower-level officers within different organisations. We also considered whether we required additional positions that should be role-played during the simulation, like Presidents, Prime-Ministers or media commentators. These positions could be taken up by members of our maritime team, the broader ACSS, or stakeholders willing to get involved with the narrative.

By joining up the initial narrative with a consideration of who the key players were, we began to see the context of our simulation take shape. This allowed us to analyse how different players would act within each narrative stage. We researched the roles and responsibilities of organisations and agencies even deeper and created ‘directives’ for our teams. These directives gave delegates situational updates and tasking, structuring their contributions to the simulation and committing them to different actions. This further supported our world-building by adding detail into the narrative and introducing the interactional aspect of the simulation.

The final part of our world-building was finding new ways to deepen the interactions between players and the scenario. This step was arguably the most enjoyable, as we already had the narrative outline and individual tasks. All that remained was to flex our creative muscles. We were particularly keen on understanding how we could use the countless functions in Conducttr to make the narrative dynamic for all of our delegates. We drafted a list of applications we wanted to use in the scenario (e.g., Mail, News, Twitter/MicroBlog, Facebook/GoSocial) and made content with which delegates could interact. This included writing news articles, briefings, and posts by peripheral personas in the simulation. We also found ways to use MicroBlog as a conduit for public opinion and an informal way for delegates to communicate. This content would serve as injects in the Master Events List and Pattern of Life sections, allowing our team to develop a more detailed timeline of events for our simulation.

Overall, world-building was exciting as it allowed our team to see how the simulation would come together. The functions in Conducttr assisted this process as we could tailor and customise our content in ways we could not have had we not been using the software. Now we look forward to putting it all into Conducttr to see what our simulation looks like in real life!

This article was written by Anastasia Kalloniati, current Head Crisis Writer for the Maritime Crisis Simulation. 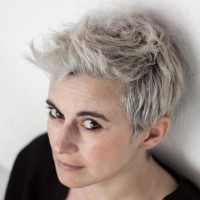 As a Head Crisis Writer for the Australian Crisis Simulation Summit (ACSS), my key...